Is A Million Bucks Enough To Retire On?

Is a million bucks enough to retire on? In this article, we explore a few financial realities when it comes to what qualifies as “enough.”

“Wow, those guys must be millionaires!” I can recall uttering those words as a child, driving by the nicest house in our neighborhood—you know, the one with four garage bays filled with European cars.

The innocent presumption, of course, was that our neighbors’ visible affluence was an expression of apparent financial independence, and that $1 million would certainly be enough to qualify as Enough.

Now, as an adult—and especially as a wealth advisor—I’m more aware of a few million-dollar realities:

1) Visible affluence doesn’t necessarily equate to actual wealth. Thomas Stanley and William Danko, in their fascinating behavioral finance book, The Millionaire Next Door, surprised many of us with their research suggesting that visible affluence may actually be a sign of lesser net worth, with the average American millionaire exhibiting surprisingly few outward displays of wealth. Big hat, no cattle.

2) A million dollars ain’t what it used to be. In 1984, a million bucks would have felt like about $2.6 million in today’s dollars. But while it’s quite possible that our neighbors were genuinely wealthy—financially independent, even—I doubt they had just barely crossed the seven-digit threshold, comfortably maintaining their apparent standard of living. To do so comfortably would likely take more than a million, even in the ’80s.

3) Wealth is one of the most relative, misused terms in the world. Relatively speaking, if you’re reading this article, you’re already among the world’s most wealthy, simply because you have a device capable of reading it. Most of the world’s inhabitants don’t have a car, much less two. But even among those blessed to have enough money to require help managing it, we have clients who are comfortably retired on half a million and millionaires who need to quadruple their nest egg in order to retire with their current standard of living.

The teacher couple, trained by reality to live frugally most of their lives, don’t even dip into their $600,000 retirement nest egg or their $450,000 of home equity because they have two pensions and Social Security income that more than covers their needs. Their retirement savings is just a bonus.

But the lawyer couple, trained by reality to live a more visibly wealthy existence, aren’t even close to retiring with their million-dollar retirement savings. In order to be comfortable, they’ll need to have at least $4 million. A million bucks, then, may be more than enough for some and woefully insufficient for others.

The million-dollar retirement goal gets a lot of attention. Remember, though, that personal finance is more personal than it is finance. Seeing one’s nest egg add another decimal place on the calculator may satisfy an emotional need, but there’s really no magic to it. A million is more than enough for some while sorely lacking for others.

The better question is: What number works for you? 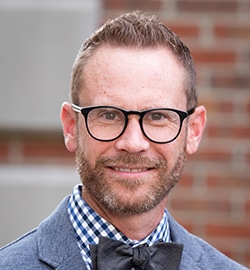 More about the author: Tim Maurer

Tim Maurer, CFP®, RLP® is Head of Wealth Management for Triad Financial Advisors. A graduate of Towson University, Tim taught financial planning at his alma mater for seven years. He is a CNBC contributor and also writes for Forbes.
Read other posts by Tim

We’re here to help you Live With Intention.

Worried about retiring? Do you feel personally and financially ready to retire? If the answer is not a solid, Yes, then it’s time to reach out for help in setting yourself up for success.